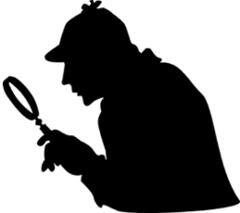 The SFO sought documents generated at Eurasian Natural Resource Corporation (“ENRC”), a international natural resources company, during internal investigations from 2011 – 2013 by lawyers and forensic accountants it had instructed. ENRC resisted handing over the documents to the SFO claiming that they were protected by legal professional privilege. The SFO sought a declaration from the court that the documents and/or certain parts of the documents were not protected. On 8 May 2017, Mrs Justice Andrews decided that, in the circumstance of the case, legal professional privilege did not protect most documents.

The SFO entered into ongoing discussions with ENRC in August 2011 concerning allegations of fraud and other misconduct in various countries. In parallel to these discussions, ENRC engaged a law firm and forensic accountants to investigate the alleged misconduct. The SFO thought that ENRC were engaged in a self-reporting process in line with its self-reporting guidance, and it appears that many acting on ENRC’s behalf also thought so (ENRC denies that it was ever self-reporting). In April 2013, the SFO halted the discussions and started a formal criminal investigation. Consequently, the SFO sought various documents from ENRC and ENRC resisted, claiming that many of the documents were covered by legal professional privilege.

ENRC said that all documents in the following categories were covered by legal professional privilege:

Spoiler alert: only documents in Category 3 were found to be covered by legal professional privilege, in particular, legal advice privilege. These were documents which were prepared by the external lawyers for purposes of briefing and advising the Corporate Governance Committee at ENRC on the fruits of its investigation.

Litigation privilege is the right to withhold from disclosure certain communications between lawyer and client to third parties in the following conditions:

a) “Litigation is in progress or reasonably in contemplation”

b) The communications are made with the sole or dominant purpose of conducting that anticipated litigation.

c) The litigation must be adversarial, not investigative or inquisitorial.”

Legal advice privilege “attaches to all communications passing between the client and its lawyers, acting in their professional capacity, in connection with the provision of legal advice, which ‘relates to the rights, liabilities, obligations or remedies of the client either under private law or under public law’” (see paragraph 62 which also quotes from Three Rivers (No 6)). There is no need to consider any litigation for legal advice privilege to apply.

What the Court Decided

In light of the definitions above, we can see how Andrews J came to reject all other arguments for legal professional privilege. Let us take litigation privilege first, which the court decided did not apply to any of the documents.

First, litigation was not in progress or “reasonably in contemplation” for any of the documents. Everything in categories 1 to 4 was made before a criminal investigation had even been started by the SFO.

Second, the court found that the documents were not created with the dominant purpose of being used in litigation. ENRC’s internal investigation was merely to get to the truth and assess whether or not litigation would be warranted or likely, and how to improve behaviour and policies. It was a fact-finding mission.

It also did not help that ENRC intended for a significant period of time to share the products of the investigation and various documents with the SFO, before eventually seeking to claim litigation privilege. This and all the factors cited above compelled the court to conclude that litigation privilege did not apply.

For legal advice privilege, Andrews J held that it applied only to the legal advice based on the facts uncovered by the internal investigations at ENRC, but does not apply to that the facts themselves or any other non-advice. A lawyer’s working notes aren’t protected unless the notes “would betray the tenor of legal advice”. This means that when a lawyer records questions and responses during an interview, those notes will not be subjected to privilege. Such was the case for ENRC’s lawyers conducting the internal investigation. What’s more, no evidence was produced by ENRC which showed that any of the people interviewed had the authority to seek legal advice from the investigating lawyers on behalf of ENRC. The general rule: unless there is any advice or clear indication of the client’s legal strategy contained within any notes made by the lawyer during the investigation, the notes will not be protected.

Similarly, the courts will parse any emails to or from a lawyer to establish whether or not the communications involved the lawyer acting as a lawyer or the lawyer acting as a person of business. In this case, the Head of Mergers and Acquisitions at ENRC was a qualified lawyer who gave legal advice related to the investigations over email. Andrews J considered the job description and relevant guidance for the “Head of M&A” at ENRC, and she decided that the legal advice given over email was given in a business capacity and not a legal capacity. Therefore, the emails and legal advice within were not covered by legal advice privilege.

This last factor is especially relevant to those in business affairs roles who (incorrectly) believe that simply being qualified as a lawyer and providing legal advice is automatically sufficient to attract legal advice privilege. It must be clear that any legal advice is being given in one’s capacity as a lawyer. A company can only rely on legal privilege when the advice is given to an employee authorised to seek or obtain legal advice, and even then, there may be further factors to consider.

The takeaway from this case is that legal professional privilege cannot be an afterthought. Think of the particular conditions required for both litigation privilege and legal advice privilege, and ensure that if you had to, you could produce sufficient evidence to convince a court that you would be justified in claiming privilege.

Prince William: A Planet for Us All

Beecham House to premiere on Sunday